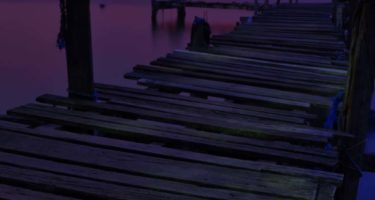 A Healer of Souls is available on Amazon

Sometimes our life’s path takes mysterious turns. The year was 2004 and I was employed as a Senior Consultant for HSBC Actuaries and Consultants, although I had been on my spiritual journey for many years, always knowing I was supposed to be doing something different but not knowing what. To say it was frustrating was an understatement. After over twenty years of searching for my path I asked myself if I would ever find it.

Finally, one day I had had enough. I threw all my ‘spiritual’ books, crystals, coursework, notes -pretty much everything into the garbage. I came to understand that if I was meant to be doing something different, it would have found me. After all those years searching it hadn’t. I was deeply unhappy at the bank but decided to commit to corporate life and surrendered to what was. Needing a holiday I managed to book a trip to Peru – I had wanted to go for years but for some reason it had not transpired. I had felt drawn to Machu Picchu for years – now was the time to go and see it.

A month later I stood breathless looking down at the ancient ruins of Machu Picchu splayed out before me. It was a truly magnificent sight and I tried to find a quiet spot to meditate and take in the energy of the place, but every time I settled, a security guard made me move. Feeling more than a little frustrated I slipped into the back of a group of tourists viewing the Calendar Stone, hoping to learn something about this amazing place, but a minute later the guide finished his speech and indicated that the group should descend the crumbling steps. Feeling utterly dejected, I was the last to leave the enclosed space the guide told me to be careful as the steps were slippery.

BUY THE BOOK ON AMAZON

I was about to descend the stairs when I saw something shiny out of the corner of my eye, on the plateau beneath me. I could hardly believe my eyes…someone was dressed up as an Inca covered in golden armour, and another twenty or so Inca were scattered around the area, looking at me. For a moment I thought that people had dressed up in Inca attire as a tourist photo opportunity and I was enraged. How could they do something so tacky in such a sacred place? Then I noticed something. One by one, the Incas started to fade out then disappear, until only the shiny man and one Inca was left. They were both staring at me and I realised…this was no tourist attraction. I stared at the tour guide questioningly – couldn’t he see them? As he tried to hurry me down the steps, I realised he could not. The Inca in the golden armour stared at me so intensely I could barely stay standing, but mustering my strength and courage I managed to stand a respectable distance away from him. Wondering if I was dreaming, I tentatively reached out for my duvet, but no, this was very real. As our gazes met and became more intense, a blue ball of electricity formed between us. I had no idea who he was – a chief? A king? But one thing I did know is that I could not break contact with his black eyes. Suddenly his arm shot out, pointing at me. ‘You will follow this path,’ he commanded, ‘and we will help you.’

After a brief interaction with the other Inca, I was told to descend the stairs down the side of the mountain. I yelled as the sharpness of a stone bit into the underside of my foot. Looking down I saw that simple leather bootees wrapped around my feet, my hiking boots were gone. I had no idea what was happening, but it felt like it was a sign that I had been here before, perhaps over many lifetimes. The winds rose from the valley below and cleansed me, pushing me back against the rock and as they died down a voice reverberated in my head, ‘You have got what you came for.’

Returning to the UK, I quit my six-figure salary job. I had no idea what had happened to me on that mountain, but I knew it was important I heed the words of the golden Inca and follow the path of the Andean ‘paqo’ or shaman. In fact, it took me two years to find out that the vision of a ‘shiny man’ was known as an ‘Estrella’ – the Spanish word for star, and it was the traditional way in which a shaman is called to walk the shamanic path. Or as I felt,
return to it. I took a massive leap of faith and began my shamanic training with Alberto Villoldo, Phd of the Four Winds Society, the native medicine people of the Q’ero tribe, and the shaman of the Amazon and also Lake Titicaca. (Over the years I trained with many other shaman and spiritual teachers, and also received teachings directly from spirit in the Andean Tradition and the Australian Aboriginal tradition). I started working as a shamanic healer worldwide and continue to this day.

By chance, about a year after my Estrella, I met a literary agent who was fascinated by my life story and suggested I wrote a book. I wanted to help as many people as possible and recognised that not everyone would be able to have healing sessions, so I started writing and in 2012, my first book, A Healer of Souls was published. I recognised that there were many wonderful books about shamanism out there already and I did not want to add to
them. Over the years I had read thousands of self-help books and spiritual development books and found some of them to be a little preachy or based in ego. I wanted to write a book that could guide people on their healing journey through life… to hold people’s hands on their journey and make them aware of the many potholes I, and many of my clients had fallen into, in the hope that they could perhaps avoid some of them, or at least learn the
reason the potholes were there in the first place. I initially wrote the book with each chapter split into two, client case studies (so you can see that you are not alone in your struggles or confusion) and then notes relating to the chapter heading which aim to provide guidance on how to navigate some of the roadblock’s life throws at us and perceive our life and experiences from a new and more positive vantage point. But several early readers of the first draft said they wanted to also hear about my experiences too, so I split each chapter into three sections.

After a chapter about my life experiences and general information about shamanism, the reader is taken on a journey through life from beginning to end. The chapters then go as follows;

Pre-Birth and Birth, shows us that we didn’t choose our parents by accident.
Home starts with a question. Do you feel you belong here or have your always felt different?
Why am I here? Seeks to answer the question I am most asked by clients.
Life can be Chicken Sh*t or Chicken Salad – shows how to look at life through a positive lens
Energy and Physical bodies – shows how our two bodies are connected and what is needed for health and healing
Soul loss and Soul Retrieval – one of the most important healing methodologies I have ever come across, soul retrieval returns the parts of us that have left following trauma, returning us to wholeness.
The Exorcist – a dream foretells a career shift and an understanding that all is energy
As Above So Below – shows how life is a mirror of our internal world
Relationships – aims to bring clarity and understanding of one of the biggest tests we face, that of relationship with another.
The God Spot – details how we are all aspects of light and how we need a connection to Source energy to be well and happy.
Enlightenment – at the end of our journey, are we closer to enlightenment? And what do we need to do, or be, to achieve it.
2012 talks about the huge energetic shifts taking place on the planet and what that means for all of us going forward.

My little book continues to find its way to the people around the world that need it, over a decade after it was first published. Readers tell me they use it like a bible and keep referring to it time and again. I receive lovely emails telling me how people have used my book to make positive changes in their life and in their thinking, and how it has helped them to heal their relationships, with themselves and others.

It is my hope that this book brings you comfort, understanding and peace on your journey through life.

What People Are Saying About ‘A Healer of Souls’

I would highly recommend this book to anyone looking for accompaniment on their spiritual journey. The book is accessible to read but absolutely profound.

This book has had a profound impact on me. It answered so many questions that I thought could never be answered.

I have read hundreds of books on metaphysics, healing and self-awareness over the last 18 years and I would place this one in my top 5.

So many questions left unanswered in my life were address in this book. I will continue to use it as a ‘bible’ when seeking guidance and solace.

After reading the book I felt uplifted and positive.

I found so much of what she writes to resonate with me on a deeper level and reading the book has bought me a sense of calm, comfort and centredness.

Quite frankly, this book is absolutely amazing.

I couldn’t put this book down. Dawn explains things so simply, everything is beginning to make sense. No matter what you think your problem is you will find answers in this book. It might even be life changing.

‘A Healer of Souls’ is a breath of fresh air in the self-help/spirituality world. When I finished reading it, I had a new sense of positivity, confidence, and joy.